Respect to all those brave soldiers who are dedicating their lives for the welfare of our country. Being an Indian army soldier is the biggest respect in itself and this proud feeling of serving the nation has no match. No matter how much you earn, how vast your business is, an army man standing in front will get more respect from everyone around. Indian Army is always being considered the toughest job but still the craze of youngsters for joining the profession amazes me a lot.

If you think that you too have that passion to build your career in the armed forces then you must read this article for sure. I can bet that even if you have never thought of becoming a part of the biggest army in the world, you will feel an intense desire to become one. Here, we have brought the Indian Army Wallpapers, Images, and DP’s for all those desperate aspirants who are living with a dream to join the Army.

Our team is working day in and day out to provide the best information regarding the upcoming Indian Army Bharti recruitment along with the different criteria of selection in the department, result, and merit list. In short, we are a complete package of information for the students who are in the preparation stage.

Why join the Indian army? A question that arises in so many minds. The answer is simple. Indian Army is not a job, but it is a passion, a dream, and of course, an achievement for a lifetime. Youth in India has always been passionate to join this land-based armed forces and now as there is a hike in the salary and facilities that the army has made in the last 1 or 2 decades, it brings a sudden tide of a craze in youngsters to join this land-based armed force.

Earlier, one could say that a soldier spends his whole life in the struggle but now the scenario has changed a whole lot. There is a brighter future and there are so many chances of promotion every year. Individual development is possible in the department and this is one of the excellent aspects of the Indian Army.

Here are some videos that will show you the hardship of training that one has to clear in the army.

This video gave you goosebumps. Is not it?
The training period of 9 months is one of the toughest times in the life of a soldier. Thousand of aspirants leave the camp due to the difficulty they face in this period. Even the imagination brings me a cold shiver. But, so many passionate youngsters clear every physical and medical exam and get recruited on different posts every year. It is simply that they are made to acquire the finest grace of life which invests them with personal dignity and a sense of appreciation for those finer pursuits which distinguish man and civilization. From laborious marches to photography, painting, seminars tours, and sports, the training period is an action-filled scenario nurturing the mental and physical potential of a soldier.

At the same time, the fast and intense pace of 9 days of training at the Academy tests the capability of a person to become a soldier. The completion of training is, therefore, a sort of self-assessment which awakens and activates one’s self-esteem, sense of honor, and dignity.

The training comprises so much adventure from march past, shooting practice, running, wall climbing

The major purpose of the training is to groom future soldiers and to mold the physical and mental attributes and sharpen their leadership skills.

The zeal and zest for the uniform of a soldier run through the blood of so many young boys and there are so many who have a passion for wearing this uniform right from childhood. The dress may vary from post to post but the dignity and respect never differ. The camouflage of brown and green is the symbol of respect, passion, loyalty, and dignity. 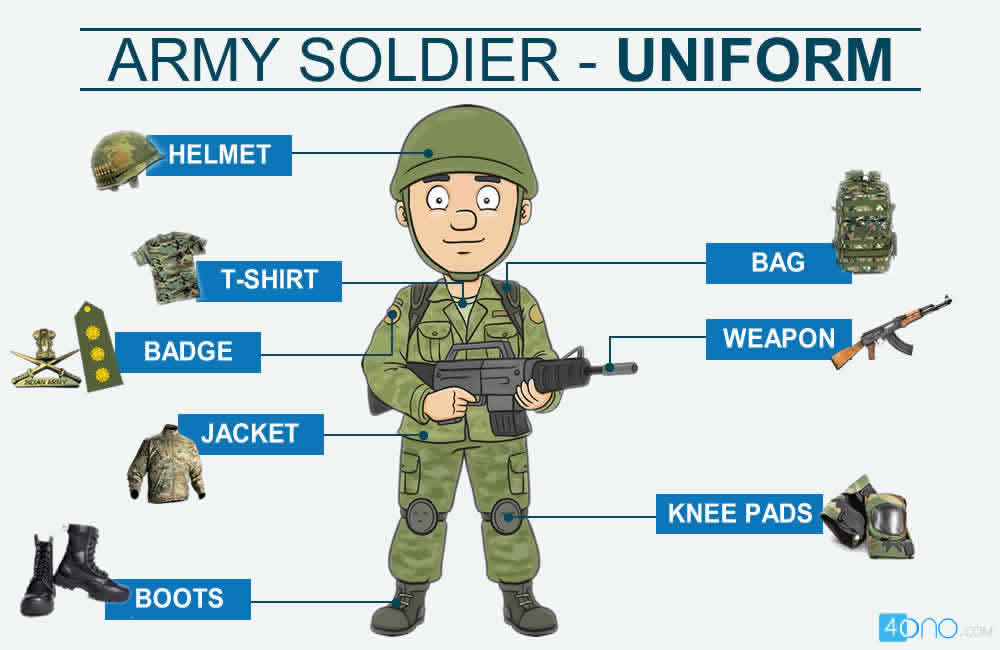 The basic uniform of an army soldier comprises of :

There is such a proud history behind this army uniform and one who wants to join the army must be well acquainted with it. The disruptive pattern of the dress was first adopted by this land-based armed force in 1980. Earlier, soldiers use to wear cotton made uniforms but since the cotton has a tendency to fade quickly, it did not work out. Hereafter, they started making uniforms with polyester and it was going well with the tropical conditions of India. But, still, the problem of fading existed along with the decaying of the stuff. 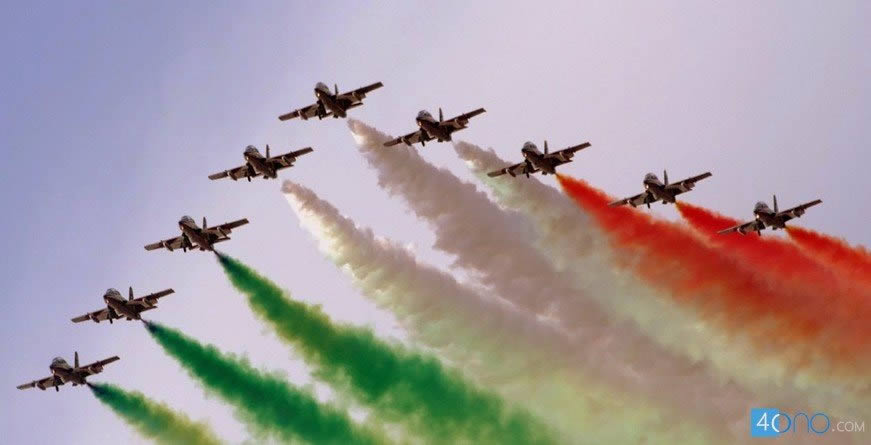 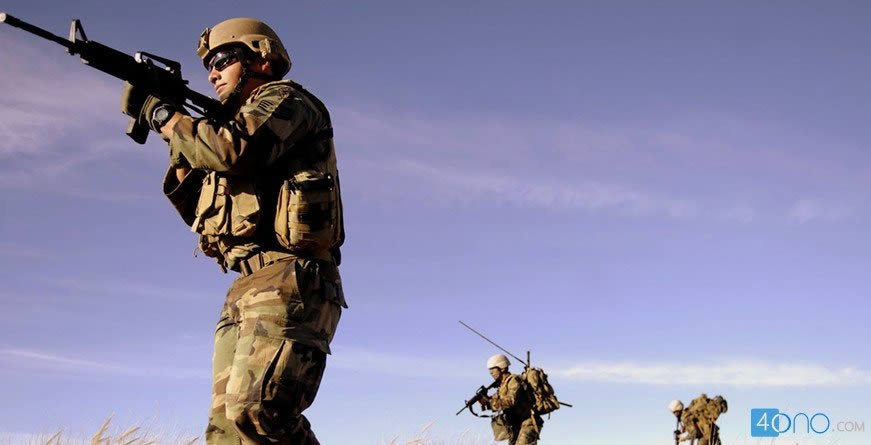 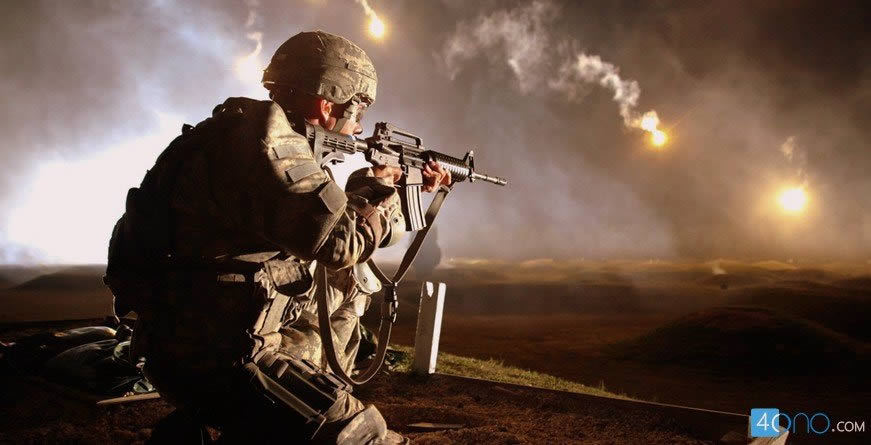 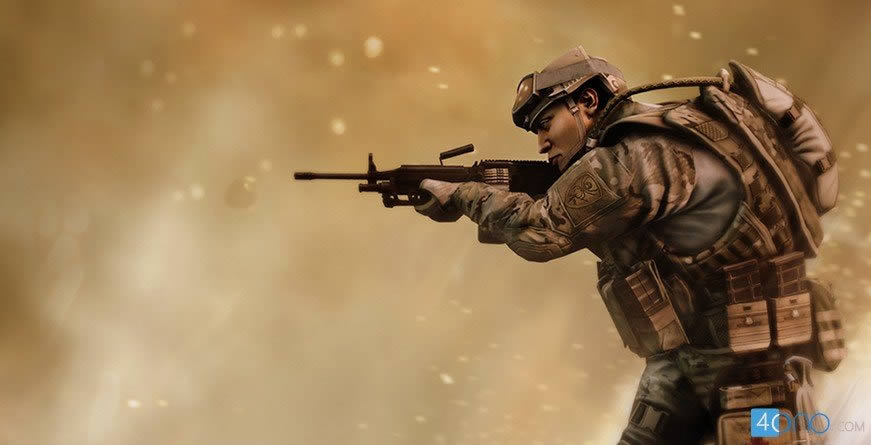 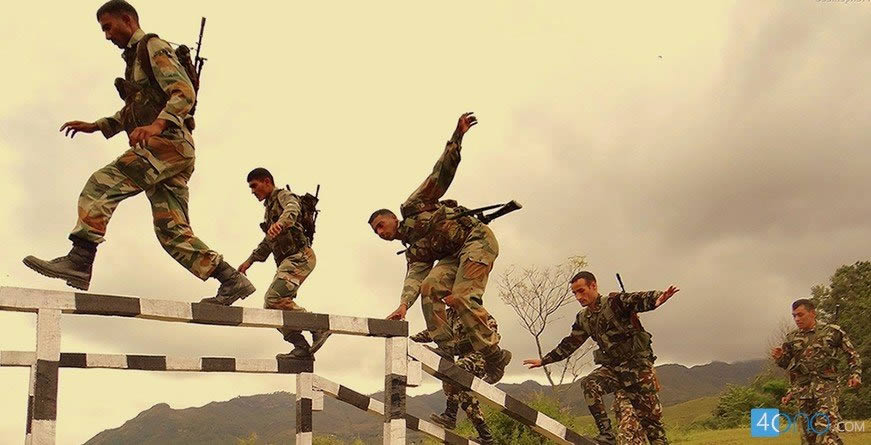 The land-based armed force of our country has sustained with such a rich history. The patriotism and chivalry of the soldiers are worth so many reads. There were so many crucial incidents that must be respected forever. The Indian army came into existence during the British empire in India. At that time, it was known as the British Indian army. You will be proud to know that the Indian army is one of the oldest and the 3rd largest army in the world.

15 January 1949, the day when the first Indian Commander-in-Chief of the army, K. M. Cariappa was appointed by replacing chief Francis Butcher, since then, the day is celebrated as “Army day”.

The war of Kargil, which India won against Pakistan is considered as one of the most heightened wars in the world. India has been in war with Pakistan three times and each time, the Indian army was successful.
Indian army is getting advanced in every section of warfare, be it missiles or weapons, we are on heights with the bravery and intelligence of our soldiers. And not just in warfare, the Indian army has proved to be the savior for India in natural catastrophic situations like earthquakes, floods, etc.

CBSE ISC/ICSE UP Board NDA